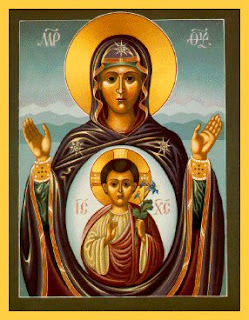 Beginning today and  proceeding up to Christmas Eve, the “O” antiphons for the Magnificat are sung during vespers.  (The texts of these antiphons are the basis for the popular Advent hymn, “O Come, O Come Emmanuel."  For those of you who really want to be “inside baseball” on this topic, Jeffrey Tucker wrote a brilliant article on the history of the tune over at the New Liturgical Movement, here.)

Several years ago in a discussion thread at the Musica Sacra forum, a member pointed out that the text of the “O” antiphons is actually a very clever word game.  The seven invocations in the original Latin are: Sapientia, Adonai, Radix Jesse, Clavis David, Oriens, Rex gentium and Emmanuel.  The first letter of each spell S-A-R-C-O-R-E, which when reversed spells “Ero cras”, which in turn translated from Latin means “tomorrow I shall be.”  An appropriate expression for Christmas Eve, the day after the "O Antiphons" end.

As the member said, “Very clever, those medievals.”

(For more information about the icon shown in this post, click here.)
Posted by David Saunders at 7:28 PM

Because of recent hacks to the blog, all comments are now moderated.