We've turned the corner into the Year of Grace 2016 with the First Sunday of Advent. 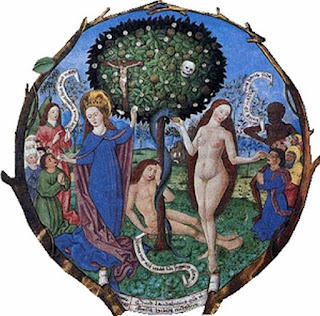 With this comes the usual rants among my serious-minded colleagues who bemoan and decry the over-commercialization and secularization of the season, raising the spectre of the push for a "happy holidays" agenda and the supposed PC sanitization of the use of terms like "Christmas", questionable colors and symbols on coffee cups, or a protest over the appearance of Nativity scenes in the public square.

I'd like to offer a slightly different approach. Advent is a penitential and preparatory season in anticipation of Christmas. But I also think we as hard-identity Catholics need to infuse the season with the joy that our hope in and expectation of the Parousia brings. In other words, I put forth the notion of "keeping Advent."


Here are some ideas on how to "keep" Advent.

Have an Advent wreath with candles (three purple, one rose) in your home. St. Mary's had a wreath-making event after Masses several weeks ago. I can’t use real greens, as alas I’m an apartment dweller and am not permitted them due to risk of fire.

My tree goes up with white lights, but instead of Christmas ornaments, the tree is decorated with purple ornaments and some rose-colored ones.  Sometimes there are gold ones hidden throughout as a symbol of the anticipation. The tree is topped with a large purple bow. I also have a swag of greens with white lanterns and a big purple bow hanging over the chest where the Nativity set goes.

I abstain from listening to Christmas music at home, limiting myself to the few recordings of Advent music I own (a recording of the Advent Procession from St. James’ Episcopal Cathedral, Toronto, and J. Michael Thompson and his Schola Cantorum of St. Peter the Apostle singing Advent Lessons and Carols, called, ”Redeemer of the Nations, Come”).

On the morning of Christmas Eve, the purple and rose ornaments will come down and the Christmas decorations will go up on the tree and elsewhere in the apartment.

There are some who have a tradition of putting up the various elements of the Nativity in stages: the stable goes up on Advent I; the animals go in on Advent II; the shepherds on Advent III; the Angel on Advent IV; Mary and Joseph on Christmas Eve morning, and the bambino on Christmas Eve. I put the Infant King in the manger when I get home from Midnight Mass.

I'm sure there are plenty of other wonderful ways of "keeping" Advent. Please share them here!

Posted by David Saunders at 4:45 PM No comments:

The New View and Disclaimer

On October 21, 2015, I became the new Director of Sacred Music and Organist at St. Mary of the Immaculate Conception Church in historic Marshall, Michigan. The new blog title picture is of the sanctuary taken from the choir loft. It's my intention to update this picture regularly to reflect the liturgical season.

So far, my experience in this new position has been nothing but positive. The parishioners are welcoming and kind, the staff is well-organized and hard-working, and the Pastor is one of the best priests I've had the pleasure of working with. This is no surprise since he's: 1) a convert, 2) holds a bachelor's degree in organ performance, 3) held a job as a Catholic church musician, and 4) worked in the private sector for a number of years before entering the seminary and becoming a priest. Not since my tenure at Our Lady of Mount Carmel in Wyandotte have I enjoyed such a good collegial relationship with a priest, and it has restored my confidence in my vocation and the future of the Church.

The choir here is a mighty and determined bunch. I have 28 registered singers, and regularly have 21 at rehearsal and in the loft on Sundays. So far, they have risen to the challenge of learning the Elgar Ave Verum, the John Romeri arrangement of Goss's Psalm 23 (Anglican chant), and continue to show eagerness to learn Gregorian chant and the riches of sacred polyphony that is such an important part of our Catholic cultural identity.

Upon my arrival, the choir shared space with the religious education program in one of the classrooms in the former K-8 school that had been repurposed for the school of religion. At my request the director re-arranged the use of space so that the classroom could be dedicated exclusively to the use of the sacred music program. I set to the task of cleaning out the 12-plus years of accumulated "treasures" found throughout the cabinets, closets and shelves of the room, rearranging the furniture to create a proper rehearsal area and establish an office area in one corner while also creating a work space for a librarian to assist with the sorting and organizing of the choral library. The maintenance supervisor worked closely with another volunteer to see to the task of running ethernet cable below the floor of the building (through a series of small tunnels that house the plumbing for the forced steam heating system) into the music room so that I could have internet access at work. The room had never been used this consistently as an office and rehearsal space, and so the change was welcomed by the choir, who appreciated having a clean and orderly area in which to work.

I have been busy creating email "blast" lists for both the St. Mary (adult/mixed) Choir and the Young Voices of St. Mary (the boy's and girl's choir), using these "blasts" as a way of communicating with members on a regular basis. I've also begun making use of the Facebook page that had been set up as a contact point for parishioners, by posting the lists of music for upcoming Masses, funerals and other events.

I'm looking forward to the ongoing work of developing and advancing a solid sacred music program here. The people seem genuinely interested and eager to undertake the work and while they do occasionally get discouraged, they "screw their courage to the sticking place" and work hard to master the various challenges I put before them.

I'm also looking forward to reestablishing this blog as a place to communicate information about my efforts both at St. Mary's and in the greater sacred music community as well as take the occasional opportunity to make observations or post "rants" about important issues impacting our Catholic identity.

To that end, I'm publishing, as I've done previously, the following disclaimer:

The views expressed on this blog are solely those of the author, and in no way reflect those of the Pastor, staff or parishioners of St. Mary of the Immaculate Conception Church. Comments on the blog are moderated, and as there have been problems with certain individuals in the past, I reserve the right to block people who use veiled or open threats, profanity or engage in "troll" behaviors.

Please visit regularly, as I will be posting new things several times a week.
Posted by David Saunders at 10:52 AM 1 comment: